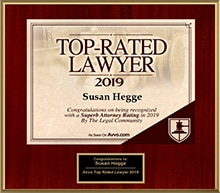 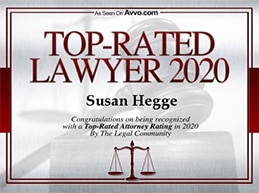 New Jersey attorney Susan Hegge co-founded Hegge & Confusione in 1999. Her practice is exclusively focused on appellate law. Ms. Hegge was previously associated with Starr, Gern, Davison & Rubin in Roseland, New Jersey. She is admitted to the bar of the State of New Jersey.

Ms. Hegge attended The Pennsylvania State University in University Park, earning a Bachelor of Science in Administration of Justice in 1991. She was a member of the University Deans' List and minored in both Spanish and Sociology. She earned her Juris Doctor from Rutgers University School of Law - Camden in 1995, serving on the Hunter Advanced Moot Court Team, the Bankruptcy Project, and as judicial extern for the Honorable Robert B. Kugler, United States District Judge for the District of New Jersey.

Ms. Hegge lives with her husband, Michael, and their two children, Andrew and Alexandra. She enjoys piano, photography, and spending time with her family.

Contact Hegge & Confusione to talk to Susan Hegge about appealing your case.

Call our office today at 800.790.1550 or email us at to get started.
“After losing at trial my son’s successful filling at the appellate court would not be possible without the help, support and great representation of Mr. Michael Confusione. When the chips were down Michael was there for my family and I.”
– F.R.

Read More From Our Clients